Since Xyron has a fabulous way of making anything into a sticker, I decided to create décor for the back of my cell phone case. Taking beautiful, damask patterned glitter paper from DCWV, 6x6 pad, 'The Glitter Basics" I cut out my iPhone 6s cover pattern using a template I created in plain white cardstock of my case.
﻿ 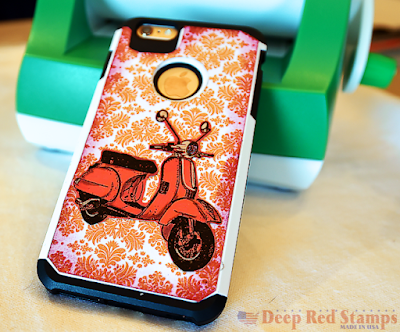 To cut out the circle in the middle, I used an X-Acto knife.  ﻿ 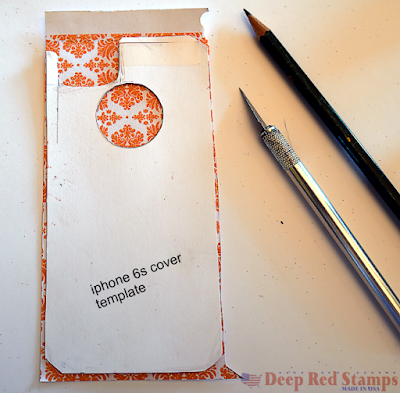 ﻿
﻿
The Scooter Rubber Stamp was embossed on red paper and cut out with scissors.  I smudged 'Claret' color StazOn ink around the edges.
﻿
﻿
﻿ 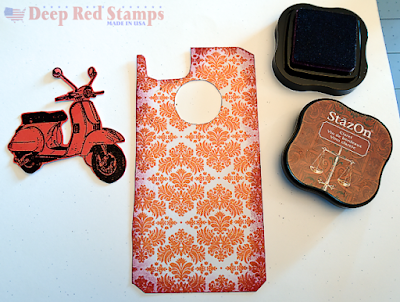 After placing the scooter through the Xyron Creative Station, I placed it onto the iPhone pattern and ran both through together.  The Creative Station can take such thick items.  You will see below that I ran embellishments made from shrink plastic and it had no problem with them.﻿ 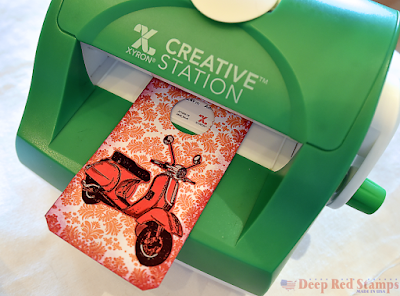 One of the magical features of the Xyron's sticker makers is that the top of your project comes out unscathed.  You just peel the plastic liner off the top and peel your project off the white liner paper and your item becomes a sticker, either repositionable or permanent. 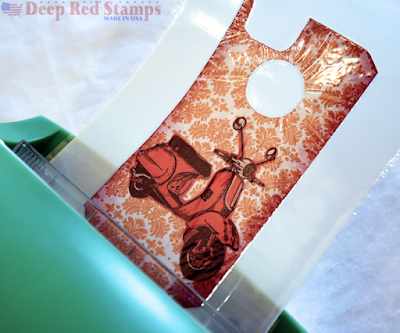 BONUS PRIZES when you leave a comment on THIS blog:
One winner will be chosen to receive:
1) $25 gift coupon to DeepRedStamps.com AND
2) Your choice of rubber stamps grouping, "California", "London", or "Paris" (see below) AND
3) A Xyron MEGA Runner and (2) Xyron Sticker Makers, (1 for you and 1 to give a friend). 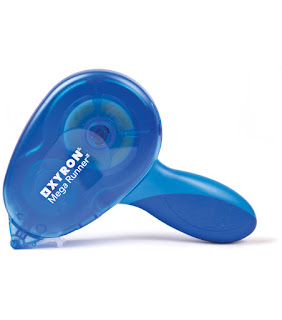 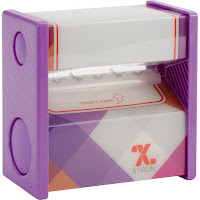 If you're like me, I use my smart device for music, photos, and, of course, a phone.  Each of the themes above represent each of those tasks. A camera in California, phones in London and music in Paris.
California group of rubber stamps include:
Vintage Woody
Ferris Wheel
Coconut Palm
Vintage Photo Frame Collection 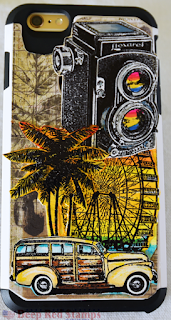 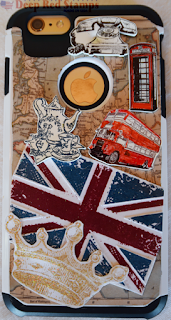 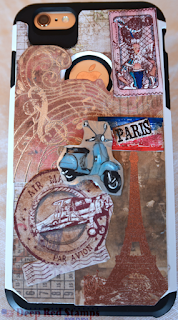 Xyron has some of the best adhesive products and tape runners in the crafting market.  Many of you crafters know them for their famous sticker makers, but did you know you can also add adhesive, laminate and magnets to your projects?  If you haven't seen all of the amazing products they offer, check them out.  You can visit them here:
https://www.xyron.com/en-US/

Enter to win all week (May 16 thru May 20) at each of these blogs.....All of these projects are unbelievable! 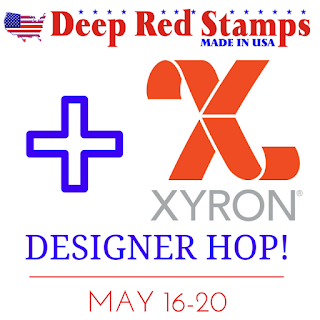 Stamping with acrylic paint is easy and creates a richer, bolder impressions.  You can stamp onto more surfaces such as textured papers, ... 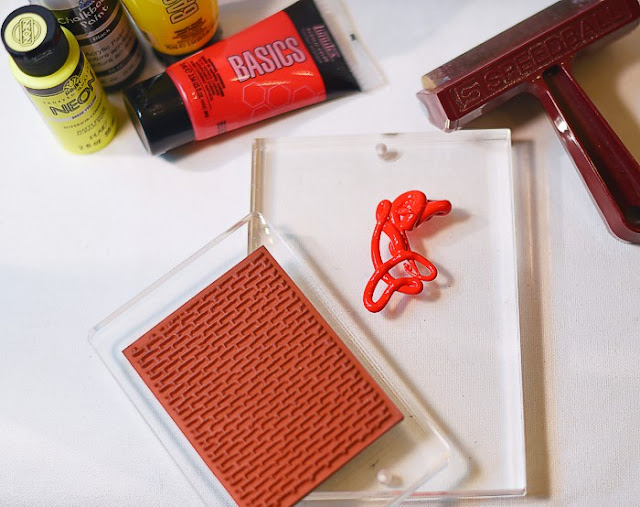 DeepRedStamps
Deep Red Stamps provides deeply etched, red rubber stamps in hundreds of designs. We manufacture our stamps here in the USA using a proprietary blend of natural gum rubber. Our stamps feature the highest quality rubber and cling cushion which makes them easy to use with any stamping ink on the market and on all surfaces. Being creative means making handmade cards, journal pages, jewelry, home decor, and gifts that you and loved ones will enjoy for years to come. Rubber stamping brings joy to your heart & soul! Enjoy!